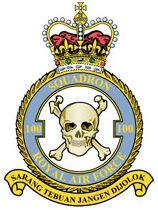 Investigated by Joop ,Sjaak and Thijs 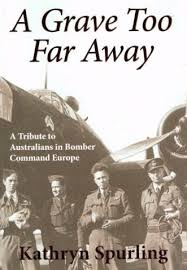 Lancaster PB569 shook to the full roar of the Merlin engines, Robin Ordell released the brakes and the bomber gained momentum until it lifted skywards with the slipstream flattening the grass. It was 1605 on February 3, 1945: destination, the Benzol works at Bottrop, Germany. Little did they realise the dwindling view of the English coastline would be the last for all bar one. Even this late in the war German anti-aircraft defences were lethal. For the last five months this crew, like others, had danced with searchlights. Ordell saw the searchlights and knew they would be relentless in their pursuit of bomber targets.

As they moved towards his Lancaster Ordell followed the standard drill of turning towards and through the light. In the excitement of the moment inexperienced pilots did not heed the learned advice of seasoned veterans, instead trying to outrun the searchlight, only to be found by the master beam, a great wide blue thing which enabled anti-aircraft guns to fire on a target which was lit up as brightly as daylight.

Once coned by the light a pilot could weave, or even climb, but not dive, which seemed more the natural tendency. The searchlights came and went and the Ordell-skippered Lancaster was buffeted by light flak, but then it all went horribly wrong and they were hit. The bomber burst into flames which engulfed the fuselage with incredible speed. Jim Harper heard no voices acknowledge what he believed was Ordell’s faint order to abandon aircraft. He had begun to turn ”the rear turret by hand in order to get out”, the bomber was diving fast from an altitude of around 12,000 feet. Next thing he knew he was ”seeing the stars and cloud” as he regained consciousness at about 3000 feet and pulled his ripcord. Harper was unaware he was the only survivor of his handsome crew. The Lancaster crashed into a minefield and disintegrated. Advancing British troops found the wreckage and carefully recovered the shattered remains of five airmen – Ian Osborne’s body lay a distance away.

Harper landed in a field with the sound of battle all around and took shelter in a barn. The following morning he was startled by German soldiers and was lucky not to be shot. They were excitable, menacing, and in retreat. He was marched off and soon there were more POWs and more German soldiers. It was raining, they had no food, and it was clear that if they couldn’t keep up they were likely to be shot and left. As the column of forlorn POWs approached a small town, American P51 aircraft screamed down in an attack, and some POWs died with some of their guards. Those who survived arrived at a prison barracks which was ”filthy and crawling with lice and bed bugs”.

Two months later the young Australian was freed by American troops, flown back to England, and told his crew had perished. Asked if he required immediate evacuation to Australia, his response was an emphatic ”Yes”. Still only 21, his adventure had been ”memorable” but he had no answer for the question which humbled him, ”Why me?”