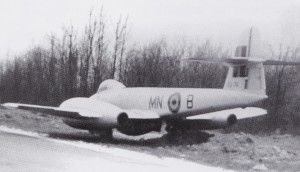 Normally we don’t investigate post war crash site’s. But this one started out as a research project for a Halifax. Local metal detector enthusiasts believe to had had found the crash site of  Halifax LL287.

So we contacted them and went to the crash site, we found lots of small parts that I not recognized to be part of a Halifax.

When we started cleaning these parts we found Jet engine blades. This was not a Halifax site.

So we searched the internet  for Jet engines and found a match on a RR Derwent  engine.

The big part that we found was a “Engine Burn Can” .

Then we did some research to Meteor crashes in that area. We found out that during a training flight Sgt. Theo Blomme crashed in to a dune near his hometown . 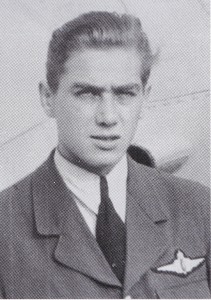 See the PDF file for the parts